Does a condition in a contract have a binding effect on subsequent owners? 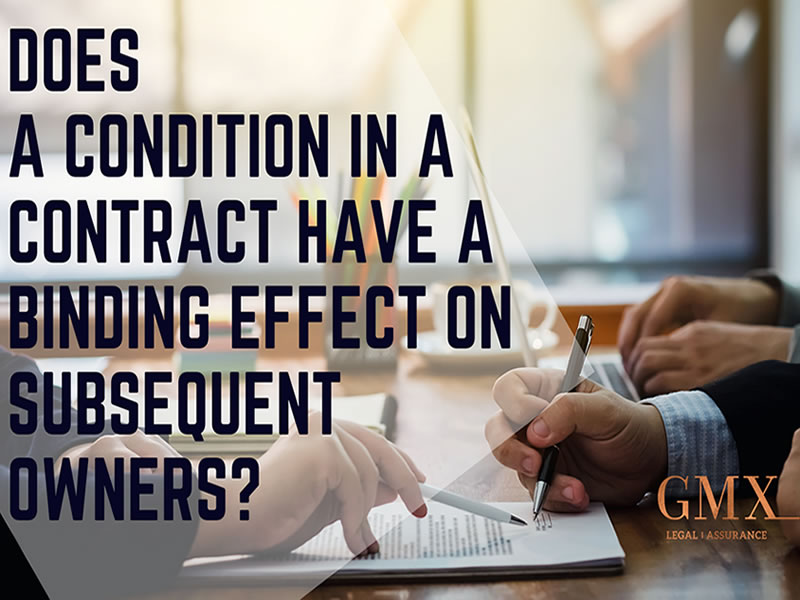 Tesborg Limited was the developer and owner of a block of forty nine apartments and eighteen basement garages. Mercury p.l.c. acquired the rights of Tesborg Limited through the merger of a number of business organisations, including Tesborg Limited.

Through a public deed dated 29 December 1986, Tesborg Limited sold to St. Jude Medical Centre Limited the apartments numbered 33 and 42, Marina Court, Ta’ Xbiex. The contract of sale included a number of conditions, including that:

“10. The purchaser binds itself to use the property being transferred for residential purposes or as offices only. No sign or placards shall be exhibited in or on the apartment transferred.

“11. The Company undertakes to impose on purchasers of garages the conditions, obligations and restrictions imposed on owners of apartments insofar as applicable.

“12. The purchaser binds itself to enforce on his successors in title all the conditions listed above”.

It resulted that St Jude Medical Centre Limited had from the start used the apartments as a clinic.

At first, Persona Limited leased the apartments and continued with the previous use, namely as a medical centre. On 21 December 2009, when Persona Limited leased the apartments from St. Jude Medical Centre Limited, a permit had been issued, which permit included the condition that “The premises shall be used as a doctors’ office, including any use falling within Class 5 of the Development Planning (Use Classes) Order 1994”.  This was due to the fact that the classification of the apartments was still that they were residential apartments.

Through a contract dated 25 March 2011, St. Jude Medical Centre Limited sold the property to Persona Limited, subject also to the conditions included in its purchase agreement which Persona Limited acknowledged.  The Public Registry note also indicated that the apartments being purchased are  “as subject to and as enjoying the servitudes inherent in their position, otherwise free and unencumbered” and “subject to the terms and conditions mentioned in the deed of acquisition by the vendor”.  Mercury p.l.c. was advised about the sale of the property but Mercury p.l.c. chose not to exercise its right of first refusal, which right was included in the contract of 1986.

The Court therefore concluded that the obligation contained in the contract dated 29 December 1986 does not bind Persona Limited.

An appeal has been filed from this judgement.

GMX Law Firm
GAUCI-MAISTRE XYNOU Legal can assist you with further legal and judicial advice on matters pertaining to lease agreements, including the drafting of lease agreements.