Listen: Malta’s rise as an international business and financial centre 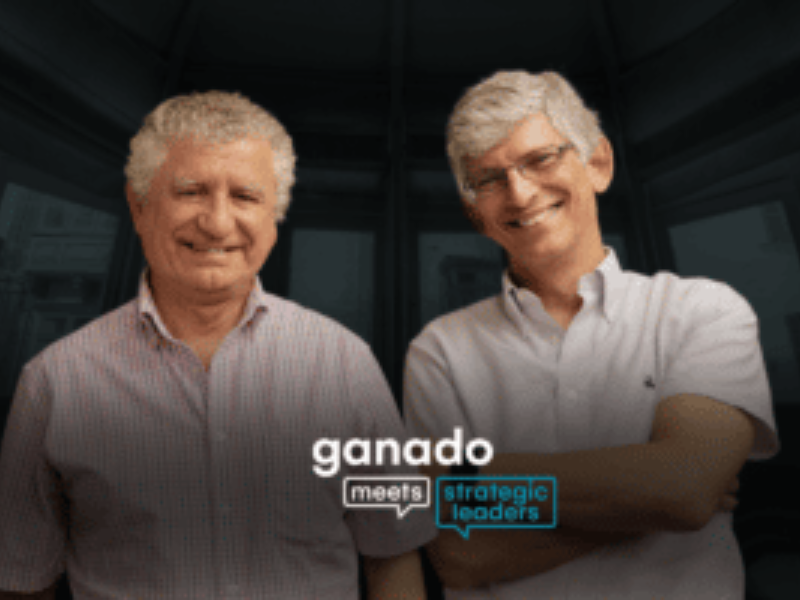 In the first episode of ‘Ganado Meets Strategic Leaders’, Dr. Max Ganado former managing partner and then senior partner at Ganado Advocates speaks with Dr. David Fabri, former legal and international affairs director and board secretary at the MFSA and currently a senior visiting lecturer at the University of Malta, about Malta’s development as an international business and financial centre.

By way of background, the legal and commercial environment during the 1980s was mostly focused on local business. Regulatory institutions were few, they overlapped in functions and regulation was minimal. Fabri recalls how the Central Bank of Malta was the overseer of the financial business, but the government ministers still retained all the powers on banking licences. With that being said, the shipping sector had an element of international practice, which opened a door and allowed potential growth based on a strategy of competition with other jurisdictions.

Fabri notes how during this time, Malta had little to no credibility as an international business centre. However, this changed in 1987 when a new government came along with a completely new strategic vision. Therefore, politically, this can be seen as a landmark year as it led directly Malta developing as a tax-efficient financial centre. In addition to this, Malta had a number of advantages, such as (i) the fact that we had great knowledge of the English and Italian languages, (ii) we had an Italian Civil Code, and (iii) that we were familiar with English law – all these being advantages which other financial centres did not have. The main legislation being referred to is the Malta International Business Activities Act, which was passed in 1989, and which introduced a new line of business to Malta, known as offshore business.

The strategy behind the Malta International Business Authority’s (“MIBA”) model was to attract foreign business. In fact, this was considered to be a very lucrative line of new activity for law firms and accountants. The MIBA was expected to be a prime mover as it promoted, assisted, and regulated offshore business. Ganado notes how during that period we were strategically competing with other offshore centres such as the ones in Jersey, Guernsey, Isle of Man, and Cyprus. The supporting and regulatory functions of “nominee companies”, as they were clumsily called in that legislation, anticipated what we today call Compliance Officers and Money Laundering Reporting Officers, all with a duty to report illegalities to the regulatory authority.

Malta was strategically competing with very secretive and tax-efficient centres, from a regulatory perspective, and Malta’s regulator started requesting more information. This means that confidentiality – which is typical of these structures – was balanced with the duty of nominee companies or trust companies to have all the information about beneficial owners, and this in 1989. Fabri highlights the fact that Malta was on the higher end of the business, making it one of the most expensive jurisdictions for offshore business. However, this meant that the lower-end business did not come to Malta. When asked whether Malta was sensitive to abuse by practitioners, Fabri replies that the regulators were very strict with people who abused the system.

Despite this, things took a turn in late 1993. Fabri identifies two incidents which contributed to this event.

At this point, the offshore structure was becoming a stigma. As a result of this, MIBA started to base itself on a new structure with a wider international financial agenda. Ganado comments that the strategy on the elements of an offshore centre started to adjust in such a way that (i) tax rules started to operate under a different system (ii) confidentiality was being reduced, and (iii) Malta had a new law on professional secrecy with stated limitations. Additionally, whereas offshore business was mainly business being done by foreigners, there was now a shift towards local participation, removing the divide between residents and non-residents. With this change, business become more domestic and thus, transparency levels became better. However, it should be noted that the Offshore Trust Act was not phased out till 2004.

The shift in 1994 and the way forward

Malta then moved from an offshore based regime to an international financial centre, and secondly, the new Malta Financial Service Centre (“MFSC”), the former MIBA, was set up to act as the single regulator for financial services, eliminating the overlap between the Central Bank, the Ministry of Finance and other regulators, albeit very small . This was a very laborious exercise as the MFSC had to take on the work of the Malta Stock Exchange and the banking and financial institutions work of the Central Bank of Malta, which also included the transposition of the laws of those areas.

During this time, several new laws were being adopted, including (i) the Investment Services  Act, being the first law on investment services and funds, (ii) a new Financial Institutions Act, (iii) a law dealing with insider dealing, and (iv) a law dealing with money laundering. However, it was also clear that Malta could not offer itself as an international financial centre within the EU by relying on the old Commercial Partnerships Ordinance. Whilst it was a huge success, its days were running out and instead of amending the Ordinance, the new Companies Act was adopted.

At the time, what struck Ganado the most was the fact that for the first time, Malta focused on qualitative private law to attract business, rather than the fiscal or regulatory infrastructure, thus shifting to more mainstream features. Ganado observes that Malta was also able to open up to some interesting legal features, including cell companies, and continuation and migration of companies.

Dr. Ganado and Dr. Fabri concluded that moving forward, Malta needs to adopt strategies seeking to have high standards and effective sanctioning in cases of wrongdoing.