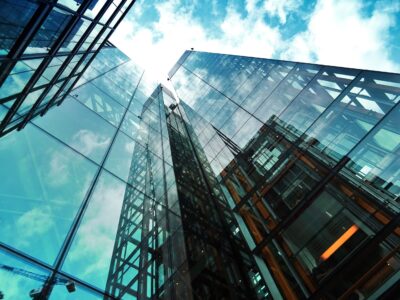 In its judgement delivered on 25 February 2021, in the names “Dr. Antoine Naudi as special attorney on behalf of the foreign company UR s.r.l vs. Talocan Ltd of Malta”, the Civil Court (Commercial Section), presided over by Hon. Justice Joseph Zammit McKeon, analysed the requirements necessary to uphold a dissolution and consequential winding up request in terms of Article 214 (2) (a) (ii) of the Companies Act, Chapter 386 of the Laws of Malta.

Facts of the Case

The court analysed whether the applicant company had the locus standi to bring this action against the debtor company. The Court commented that a request to the court for a winding up application shall be submitted in accordance with Article 218 of the Companies Act. An application for the dissolution and winding up of a company by the court shall “be made either by the company following a decision of the general meeting or by its board of directors, or by a debenture holder, creditor or creditors, or by any contributory or contributories” (Article 218 of the Companies Act). Article 218 further provides that such application is to be made by any shareholder or director of the company. In this case, the court confirmed that the applicant was a creditor of the debtor entity and as a result had the locus standi to file a winding up application against it.

In determining whether the Court was to order the dissolution and eventual winding up of the respondent company, the Court analysed the relevance of Legal Notice 373/2020. The scope of this Legal Notice is to grant a temporary respite from the risk of creditors bringing insolvency proceedings against its debtors that sustained financial hardship during the COVID-19 pandemic. Despite this, the Court noted that the circumstances leading to the court application arose prior to the 16 March 2020, and thus the Legal Notice was not applicable in this scenario.

Upon examining whether the respondent entity may be dissolved and wound up by the Court, the Court highlighted that Article 214 (2) (a) (ii) is to be read in conjunction with Article 214 (5). Said article identifies the two principal tests where a company shall be deemed unable to pay its debts and specifically:

The court noted that the applicant companies’ action against the respondent entity is based on Article 214 (5) (a).

The disparities between the insolvency test under English Company Law and Maltese Company Law were identified by the Court – it was observed that the insolvency test in the latter case is more restrictive as it provides two specific situations where a company is unable to pay its debts. The test for corporate insolvency under English Law, on the other hand is less constrictive and more generic as a company is considered to be insolvent where it is unable to pay its debts as they fall due. Under English Law, a company could face a petition for a winding up or administrative order should it have a policy of late payment of bills. The Court also cited Keay and Walton (Insolvency Law: Corporate and Personal), who state that under English Company Law, a court will examine a company’s solvency based on whether it is actually paying its debtors.

The Court acknowledged another favourable aspect of English Company Law, noting that English Courts have unfettered discretion, and the inability of a company to pay its debts does not mean that a winding-up order will automatically be welcomed. The debtor company is given the opportunity to prove that it is solvent and rebut the presumption of insolvency brought by the creditor.

Taking the above facts and jurisprudence into consideration, the court shed light on the case, “Adv. John Refalo noe vs Garden of Eden Limited” (Court of Appeal, 18 September 2009), whereby in this instance, the court held that a company is deemed unable to pay its debts where it has not settled its debts within the 24-week limit, and in those circumstances, the Court may opt to proceed with the dissolution of the company.

Given that the respondent company failed to satisfy its debts within 24 weeks from the enforcement of an executive title, the Court maintained that Article 214 (5) (a) of the Companies Act was satisfied. Consequently, the Court declared that the winding up application of the plaintiff company was justified and therefore appointed a liquidator and ordered the consequential dissolution and winding up of the debtor entity.