The evolution of the Malta ship registry 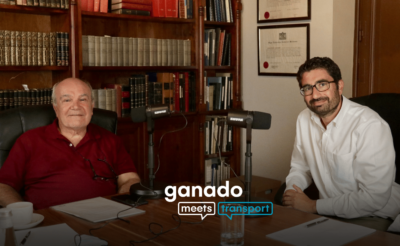 Shipping lawyer Matthew Attard met with Michael Sillato, former Registrar of Shipping and Seamen and a key figure in the development of the Malta Flag at a time when the Malta Ship Register was still in its infancy, to discuss the history behind the Malta Flag and how this has developed over the years to become a highly reputable and internationally recognised ship register.

The Birth of the Malta Ship Register

Talks by the government of the day to launch the Malta Ship Registry first began in the 1970s. At the time, Malta was still a British port operating under the British Flag. Thus, while there were vessels that were registered in Malta, none of which were yet registered under the Malta flag. “The birth of the Malta Ship Register was an initiative of the then Prime Minister Dom Mintoff” Michael Sillato claimed. As the first steps towards establishing the Malta flag were made, the process of drafting what would eventually become known as the Malta Merchant Shipping Act of 1973 was also simultaneously underway.

Sillato recounts the difficulties experienced in the early days of the Malta Ship Register, particularly due to the limited technology available to market the Malta flag abroad. “It was hugely difficult to attract an international market to the Malta flag”, recalls Sillato. As Malta was still virtually unknown as a ship register, and since telecommunication was still rather primitive, Malta acquired exposure exclusively through the efforts of agents and Maltese law firm representatives who would visit different countries to market shipping activities and ship registration in Malta.

Throughout the 1980s, Malta saw a number of yacht registrations from Greece, Croatia, Yugoslavia and nearby countries. Sillato gives credit to lawyer and master mariner Kostas Kalogeropoulus for assisting Malta in establishing its long-standing connections with the Greek shipping administration. He recounts how at the time, Kalogeropoulus was a key figure in promoting the Malta flag to ship owners and operators, and that his dedicated work during this time bore fruitful results for the years ahead.

Although at the time, Malta faced competition from other more established flags, in Sillato’s view, what set Malta apart from competing flags was the fact that the service offered by the Malta Ship Register was more efficient than that of competitors. Sillato recounts how despite limited resources and recruits, the handful of persons working at the Register exhibited immense dedication when it came to accommodating clients’s requests. These efforts gave results, as the late 1980s saw entire fleets of vessels being registered in Malta, and ship registrations began to steadily increase in the mid-1990s. Although the workload was heavy, these were considered as huge achievements for Malta.

The Impact of Malta’s Accession to the EU

Malta’s accession to the EU in 2004 has often been cited as a game-changer within the Maltese shipping sphere. Sillato recounts how initially some clients were apprehensive about Malta joining the EU, since this meant that more stringent safety and compliance standards would have to be enforced by the Register.

Unfortunately, this was also a time when Malta was facing criticism as a result of the Erika incident, when a Malta-flagged oil tanker broke into two, polluting around 400 kilometres of the French coastline. The incident, which was considered as one of the worst environmental disasters in maritime history, prompted the Maltese government of the day to adopt stricter laws and regulations with respect to the registration of ships in Malta.

Thus, in tandem with the new regulations being implemented at the EU level, Malta was also working on a local level to remedy certain inadequacies within its maritime system. In fact, Sillato contends that despite the misfortune of the Erika disaster, vital lessons were learnt which motivated both Malta and the other Member States to step up their maritime systems to reflect international standards. New regulations meant that vessels over twenty years old would be subject to flag state inspection prior to registration, while the registration of vessels over twenty-five years old would typically be rejected.

The Way Forward and Challenges that Lie Ahead

At the beginning, it was extremely challenging to recruit suitable staff at the Registry. “We had no technical or administrative support in the early days”, Sillato recounts. Moreover, people were mostly uninterested in pursuing a career in seafaring as there were no avenues for career progression through the Registry at the time. Today, apart from becoming a highly respectable flag administration, the Malta Ship Register is also supported by a large number of qualified staff members. Finally, Sillato recommends that in order to ensure the continued success of the Malta Ship Register moving forward, the shipping registry staff should always listen to the requests of ship owners and operators and make an effort to always provide solutions within the confines of the law.