The Malta Flag and its future challenges 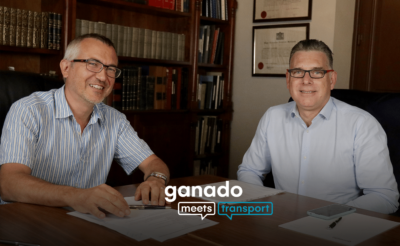 Jotham Scerri Diacono co-head of the shipping department at Ganado Advocates, met with Riccardo Landini, Chief Executive Officer at NAI International Ltd which forms part of the Navigazione Montanari S.p.A group – a major player in the Italian shipping scene, to discuss the prospects of the Maltese maritime industry, the challenges that lie ahead for the Malta flag, and what sets Malta apart from other flags in an increasingly competitive industry.

The history behind Navigazione Montanari S.p.A and the decision to set up shop in Malta

As a ship-owning enterprise that has been in operation in Italy for more than two hundred years, Navigazione Montanari S.p.A is most certainly a success story. While the company began operating ships in the late 1800s as a small family-run enterprise, Riccardo Landini explains that today Navigazione Montanari S.p.A focuses principally on the technical and commercial management of tankers, boasting an active fleet of 19 tankers in the crude oil, chemical and product carrier sector.

At present, the Montanari fleet comprises vessels ranging from 40,000 to 60,000 deadweight tons with a total of one million deadweight tons, of which 11 vessels fly the Malta flag and the remaining 8 vessels fly the Italian flag. Albeit a medium-sized fleet, the Montanari group of companies has today established a worldwide presence. “Today our ships are operating worldwide, and we have a main presence in the western hemisphere”, Landini explains.

As part of its efforts to continue to expand and strengthen its presence in the Mediterranean, the company also recently made the decision to establish a branch in Malta through the incorporation of ‘NAI Int. Ltd’ in 2018, the offices of which can be found in Smart City.

Why the Malta flag?

When asked what prompted the decision to set up shop in Malta, Landini cites Malta’s strategic geographical location, its relevance as a commercial centre, and our cultural similarities with Italy as determining factors. “We quickly noticed that the Maltese flag administration is one which is well known, well organized and highly reputable.” Landini contends.

Landini, who has over 25 years of experience in the shipping industry and has been CEO of NAI Int. Ltd. since 2020, claims that so far, the experience in Malta has been an extremely fruitful one. While admitting that the operation of complex assets such as tankers is no easy task due to the demanding technical requirements involved, Landini explains that he has been consistently satisfied by the technical and legal support provided by the Malta flag. Landini explains that he has found both the Maltese ship register as well as the Maltese service providers to be extremely forthcoming and co-operative. “In my view, the Malta flag has not only improved over the years, but has exceeded expectations in the level of service it provides,” says Landini.

When asked which flags may be considered as viable competitors to Malta, Landini maintains that on a global level the Panema and Liberia flags may pose stiff competition, particularly due to the fact that these states impose less onerous requirements for registration than European flags. “However, these flags are not well viewed by major oil companies, especially in the tanker industry in which Montanari operates,” says Landini. Within the EU, Landini claims that the Netherlands is a strong competitor for Malta, particularly due to its recent implementation of aggressive fiscal policies.

Nonetheless, what sets Malta apart from other established EU flags according to Landini is the efficient and professional service given by both service providers and the ship register. When comparing his experience with the Malta Ship Register to that in Italy, Landini notes while both Registers impose strict adherence to international rules and regulations, a fundamental advantage of the ship register in Malta is that it is far less bureaucratic when it comes to assisting shipowners and operators.

Despite aggressive competition from other established ship registers, Malta is today considered as a leading maritime nation that enjoys global recognition. For Malta to continue to expand its footing in the maritime industry moving forward, Landini believes that the Malta flag administration should place its focus not only on competitive financial and tax incentives but also on technological development.

In recent years, the Malta flag administration has taken steps to digitize the ship register, in an effort to keep up with the digital era and meet client expectations. Although the shipping industry is often perceived as rather conservative and traditional, the need for such a digital transformation continues to grow as the years go by. In Landini’s view, for such a project to be successful on a global scale, a fundamental change in the mentality of various reluctant conservative countries would first be required.

In recent years, Malta has grown exponentially as an international centre of maritime excellence and continues to attract foreign shipowners and operators to its shores. In order to maintain our status, Landini suggests that the Malta flag continues to focus on accommodating clients requests efficiently and effectively within the confines of the law.