Where is Malta’s aviation sector heading? 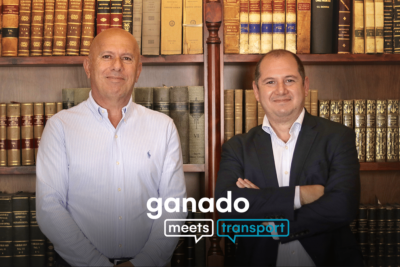 There has been an exponential increase in the number of Malta-registered aircraft and Malta-based aircraft operators since the incorporation of the Aircraft Registration Act in 2010.

Pace argues that the Act, and in particular Malta’s accession to the Cape Town Convention, was one of the essential elements which spearheaded this growth.

Malta’s decision to implement an operator’s register rather than an owner’s register seems to have been the correct choice, with the jurisdiction able to attract business jet operators, charter and ACMI operators as well as fully-fledged airlines. Pace comments that operators are more “organised” and have professional setups in place which assists in the registration, operation and management of aircraft.

COVID has naturally disrupted the aviation industry, however, at the same time, opportunities do arise in such circumstances, such as the possibility to park aircraft which are not being operated on the Malta Aircraft Register. Furthermore, several airlines have shifted their operation from the carriage of passengers to the carriage of cargo, since there are “opportunities in cargo” as confirmed by Pace.

Demand for the latter increased substantially over the last twelve months, he said.

In fact, Pace noted that EASA (the European Union Aviation Safety Agency) reacted to this demand and the need to transfer a huge amount of cargo, granting a number of exemptions on cargo modifications with many aircraft carrying cargo in the cabin.

The Aircraft Registration Act has always catered for the possibility of various persons owning a percentage of an aircraft. This seems to be a growing trend lately with individuals seeking to invest and become part-owners in aircraft. Pace predicted that this trend would increase in the near future and is here to stay, since there are a number of operators who have shown an interest in providing such services.

Article 83 bis agreements under the Convention on International Civil Aviation can be described as a tool whereby an aircraft is registered in one jurisdiction which is responsible for the registration of the aircraft, while the aviation authority of another jurisdiction will be responsible for overseeing the operation and management of that aircraft.

Pace mentions that this is widely accepted and in fact there is an Italian airline which has registered all its fleet in Malta.

UAVs and the need for their regulation

Pace commented that although the UAV industry is interesting and the technology is advancing, the legislation seems to be lagging. Transport Malta has implemented a system of registration and licensing however, it deals with a smaller drone type. Ideally, Malta should focus on the larger UAVs which are flown beyond the visual line of sight.

Growth within the aviation industry in Malta has put a lot of pressure on the resources with the Civil Aviation Directorate. Its personnel will have to increase to keep up with the rise in registrations and operators, Pace noted.

Nonetheless, he believes that there are still a lot of opportunities within the industry for further growth and not only in terms of aircraft registration and aircraft operators but also local support services.