Malta’s progress in the space industry 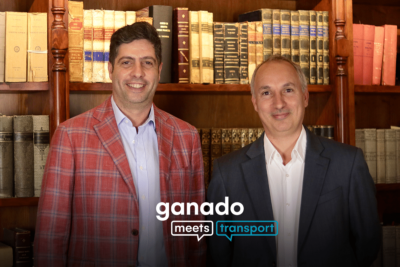 Daniel Aquilina, partner within the transport law practice at Ganado Advocates, meets Kristian Zarb Adami, a pioneer in Malta’s space sector, to discuss the country's progress within this sector.

Listen to the full interview here:

Kristian Zarb Adami identifies two space-related projects that were pioneered by Maltese individuals in recent times. Project Maleth is a scientific programme run in Malta by Joseph Borg of the Department of Biomedical Sciences at the University of Malta’s Faculty of Health Sciences.

The purpose of this project is to understand whether there is any change in the genetic composition of diabetic patients in space and the effects of space on human blood and control of haemoglobin expression. This was successfully launched to the International Space Station on a SpaceX rocket.

This year also saw the launch of Stratos I, which was pioneered by Zarb Adami. This was launched to attain knowledge relating to what the pollution and dust levels are in a column of atmosphere above Malta.

Ultimately, this teaches us that a space sector is a beneficial tool that can help us improve in several areas, including climate change, agriculture, maritime, health and industry. Space is not only about astronauts and shuttle launches but is part of our everyday life, from making a phone call to satellite navigation while driving and beyond.

The Maltese government set up the Malta Space Taskforce in 2016, which is composed of experts and stakeholders from different governmental institutions in Malta. The purpose of this task force was to begin drafting the first space strategy for Malta. Zarb Adami, a member of this task force, noted that a National Space Policy was already produced by the Malta Council of Science and Technology together with the European Space Agency, with the scope of Malta aligning its poli­cy with the European Space Policy in order to begin attracting foreign investment. The Space Strategy complements the National Space Policy in the sense that it will attempt to implement the space policy.

The first Space Strategy for Malta has already been published and is expected to be published for public consultation shortly. The objective is to map out the strategy for Malta in its space-related endeavours between 2021 and 2027. The pillars/foundation of the space strategy includes foreign direct investment, deve­lopment of human capital, emerging technologies and international regulatory frameworks.

The Space Strategy is mainly devoted to the international regulatory framework pillar, whereby experts in the space industry are researching which treaties Malta should accede to. Aquilina opines that acceding to treaties will give Malta a stronger voice on an international level, similar to the more respected and louder voice we have in both the maritime and aviation sectors.

Aquilina explains how the establishment of a space strategy is of particular interest to the legal community, generally to create a solid legal framework that will aid to achieve Malta’s vision to be a hub for foreign investment in this sector and attract foreign direct investment for the set-up of satellite and space mining companies.

Ganado Advocates played a pivotal role in the development of the local aviation laws and were responsible for the drafting of the Aircraft Registration Act and Malta’s decision to accede to the Cape Town Convention and the Aircraft Protocol.

To follow up on this success, the firm is eager to contribute to the debate on Malta’s possible accession to the Space Protocol and to the growth of the space sector in Malta. Given the creditor confidence in the aviation sector in Malta due to the Cape Town Convention and the Aircraft Protocol, Aquilina contends that this can be mirrored in the Space Act (yet to be drafted) and the Space Protocol should they accede to it.

The future of the industry in Malta

Zarb Adami says that in the next 12 to 18 months, a draft of the Space Act will be developed to create Malta’s first space-related legal framework. The Space Act will, among other things, cover the establishment of a registry of space-faring vehicles and would regu­late the ancillary services that are attached to it, ranging from insurance, financial services and the crediting and financing of space-going assets.

Zarb Adami comments that Malta is still lagging behind on the incentives available to space start-ups and satellite communication companies in comparison to other countries. However, one must bear in mind that Malta turned its focus to the space industry at a later stage than other countries, and despite such delay, has already made notable strides in producing a regulatory framework.

Zarb Adami seems hopeful that the space sector “will grow in the same way as the aviation sector grew over the past 50 to 100 years”.

Nevertheless, the EU is still supporting Malta through the Horizon Fund and the MCST Space Funds by the European Space Agency.

Kristian Zarb Adami studied natural sciences and later obtained a PhD in astronomy, both from Cambridge University. Since 2007, he has been working at the University of Oxford where he is responsible for building major components of the largest radio astronomy instrument ever envisaged, the Square Kilometre Array. In 2013, Zarb Adami set up the Institute of Space Sciences and Astronomy (ISSA) at the University of Malta that offers postgraduate students in ICT, Engineering and Science exposure to space-related activities and research in the space sector.