The aspirations of the Malta Flag 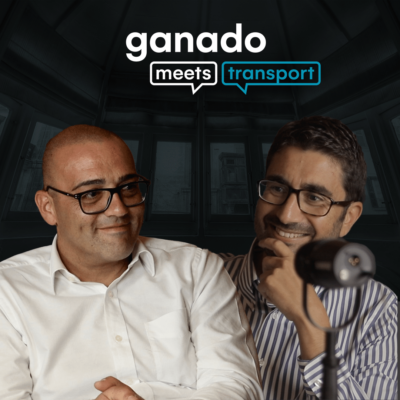 Matthew Attard, shipping lawyer at Ganado Advocates and Vice President of the Malta Maritime Law Association, met with Ivan Sammut, who for the last ten years has been entrusted with the role of Registrar General of Shipping and Seamen at the Malta Flag Administration, to discuss the factors which have contributed towards the international success of the Malta Flag, the current projects being undertaken by the registry of ships and the way forward for the Maltese maritime industry.

The Malta Flag is the largest ship register in Europe and in Ivan Sammut’s opinion, the continued success of the Malta Flag and its ability to attract more and more tonnage over the years is attributed to the high level of service provided by the shipping industry in Malta. “This refers not only to the excellent quality of service provided by the flag administration but also to all the other ancillary services, such as those provided by legal practitioners and accountants”.

Malta also continues to register younger fleets yearly and the focus on ensuring proper vetting and supervision of company’s using the Malta flag has borne its fruits in that the Malta Flag has been placed in fourteenth place this year on the prestigious Paris MoU White List, which represents quality flags recording consistently low detention records.

In an effort to keep up with technological developments and client expectations, over the last few years, the Malta administration has been working hard to digitise the ship register. This initiative, which is being supported by the EU Commission will radically change the manner in which transactions can be performed, both for the administration and the industry as a whole.

When asked about what the future holds for the service provider in light of the digital transformation of the ship register, Sammut contends that intermediaries will still retain a central role moving forward. He believes that this digital transformation will enable service providers to offer an improved service to clients and enhance Malta’s status as a leader within the maritime sector. “Technology should not be seen as a threat to intermediaries, but as creating a myriad of opportunities both for service providers and for Malta as a leading maritime jurisdiction”, maintains Sammut.

The Registrar General also feels that the time has come for regulating the service provider in the shipping industry and rules are being finalised in this respect. This is seen as an initiative that will lead to better scrutiny and accountability on people offering their services which in turn will be beneficial for all stakeholders in the field as well as for the jurisdiction’s reputation as a whole.

The Boom of the Superyacht Industry in Malta

In recent years, Malta has also made exceptional progress in the superyacht industry. Sammut explains that in the past five years, the Maltese flag has seen a staggering 65% increase in superyacht registrations, with nearly 1000 superyachts registered today. In fact, Malta currently boasts the largest register of superyachts in the world.

When asked what makes superyacht owners choose the Malta Flag, Sammut contends that the excellent level of service offered by the Maltese yachting industry, as well as our modern legislative framework – including our newly revised Commercial Yacht Code, are certainly determining factors.

The superyacht industry has also managed to garner tremendous interest from the younger generation and could serve to lure more individuals towards commencing careers in the maritime industry. In fact, several training courses for the local and international yachting industry have recently been launched in an effort to increase the number of qualified yachting professionals in Malta.

Overcoming Challenges and the Road Ahead

The Malta Ship Register is supported by several experienced and hard-working individuals. However, as Sammut points out, it is becoming difficult to recruit suitable people who have the necessary qualifications and dynamism to work within the maritime industry. “We are not managing to attract as many young people as we would like to, particularly due to more attractive industries with which the maritime industry is in competition with today, such as IT or Gaming”.

Notwithstanding the many challenges and aggressive competition by other world registries, Ivan Sammut is proud to report how the Malta Ship Register continues to steadily grow and fine-tune the services it offers. Over the last ten years, the Malta flag has transformed itself from being primarily a flag for commodity vessels, into a world-class leader in the cruise, superyacht, and offshore industries amongst others.